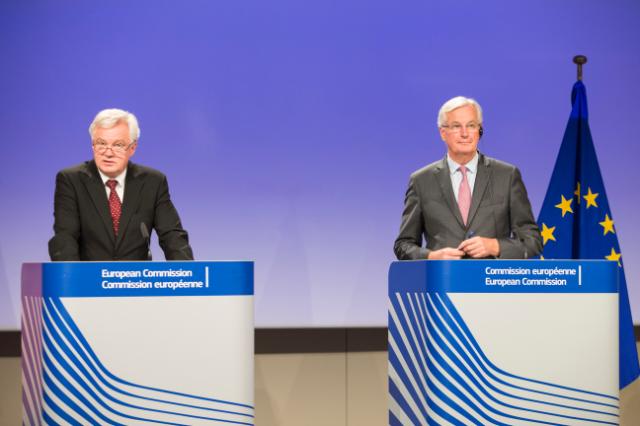 With a fourth round of Brexit negotiations drawing to a conclusion, David Davis and Michel Barnier held their customary joint press conference. Both negotiators were keen to highlight developments in the negotiations and drew particular attention to the progress made in respect of citizens’ rights. Indeed, both Barnier and Davies referred to giving a future Withdrawal Agreement “direct effect” to protect citizens’ rights.

For Barnier, the importance of this is that: “It will give the assurance to our citizens that they will be able to invoke their rights, as defined by the Withdrawal Agreement, before UK courts.”

For Davis, “… we have listened to the concerns that have been raised – and as a direct result of hearing those concerns the United Kingdom has committed to incorporating the final withdrawal agreement fully into UK law. Direct effect if you like.”

While there is apparent agreement on the idea that citizens’ rights will be capable of being enforced in UK courts, it is far less obvious that there is any real agreement as to how this is to be achieved legally. In particular, the use of the term “direct effect” is open to radically different views.

The concept of “direct effect” is a familiar one to EU lawyers, although even among EU lawyers it is capable of narrower or more expansive readings. Nonetheless, a key feature of directly effective law is its capacity to be invoked and enforced before national courts. This is the apparent common ground between Barnier and Davis.

However, it is an essential aspect of direct effect that it is a legal quality that arises independently of the legislation of a state. Accordingly, directly effective substantive provisions of EU treaties can be enforced in national courts without national legislation having to substantively incorporate or replicate those rules in national law. In other words, the source of the norms and the legal effects to be attached to those norms derive directly from EU law and its legal order, and not from domestic law and its legal order.

It rapidly becomes apparent that what Davis describes as “Direct effect if you like” is actually unlike what Barnier might have in mind. For Davis, domesticating a Withdrawal Agreement brings it within the control of the UK legal order in much the same way as the European Union (Withdrawal) Bill intends to do for substantive EU law. Indeed, clause 9 of the Bill makes provision for ministers to make regulations for the purpose of implementing the Withdrawal Agreement. It is not clear whether Davis is going further in the sense of creating an additional domestic legal instrument of primary law to incorporate the Withdrawal Agreement, or whether he is simply restating a power  that the Bill would create to use secondary legislation to implement the Withdrawal Agreement. As a matter of domestic law, this choice is important. But from an EU law perspective, this is not direct effect in the sense that it shifts the normativity of citizens’ rights from the EU to the national level.

That Barnier may have in mind a more EU law conception of direct effect is also revealed in the obvious point of continuing disagreement between the EU and the UK, namely, the role of the Court of Justice. Direct effect is itself a product of the case law of the Court of Justice. It is an effect that the Court can deploy not least in circumstances where Member States fail to ensure the protection of rights within their domestic systems. So the Court has found directives to be directly effective – notwithstanding that these instruments are specifically intended to be transformed into national law – to manage the situation where states fail to give effect to those right completely, or do so only partially, or do so in a manner that is contrary to what EU law intended. In other words, direct effect can act as a corrective for national failure. And not surprisingly, the EU might consider it important to ensure that the EU court ought to continue to ensure the effective protection of citizens’ rights, especially if – for the EU – those rights continue to derive their authority from  EU law itself.

The more that the Withdrawal Agreement simply refers to rights which remain part of the EU acquis the more that the EU is likely to insist that the meaning and effect of those rights must continue to be determined by EU law, including the jurisdiction of the EU courts.

On the other hand, if the Withdrawal Agreement itself is the source of a set of rights, then the enforcement of those rights may simply be a matter for UK courts, subject to the normal dispute resolution mechanism that will ensure that the parties abide by the obligations they have entered into under the Article 50 agreement. On that basis this may not include a role for the Court of Justice other than a right to give authoritative interpretations as to what EU law means, with their legal effects and their means of protection being subject to other mechanisms of enforcement and dispute resolution.

While it is good to see that the EU and UK negotiators are seeking common ground, it is important to look behind the warm words and to see whether agreement is apparent or real. There are worrying signs that the agreement on the direct effect of the Withdrawal Agreement does more to expose the differences between the two sides and their contrasting world views about citizens’ rights.

4 thoughts on “The “Direct Effect” of the Withdrawal Agreement: Do Davis and Barnier Agree?”