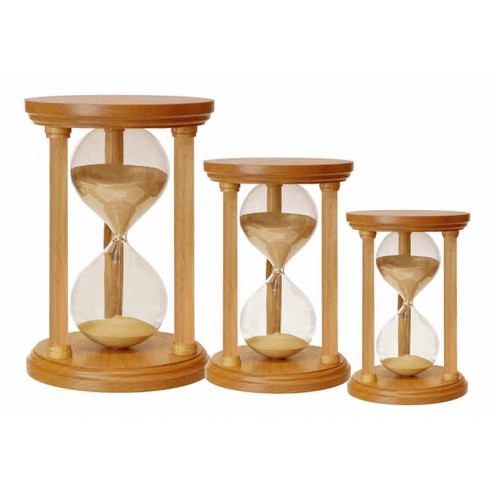 Arriving at a summit at Sharm El-Sheikh, the UK Prime Minister has confirmed that this week’s votes in the House of Commons will not include a vote to approve a revised Brexit deal. No ‘deal in the desert’ is set to emerge at this gathering of EU leaders. Instead the so-called ‘meaningful vote’ will likely take place on 12 March a matter of weeks before the United Kingdom’s scheduled departure from the European Union on 29 March 2019.

There may, however, be a vote of some significance if MPs vote on the plan promoted by Yvette Cooper and Oliver Letwin to seek an extension to the Article 50 withdrawal process, pushing back the date of the UK’s departure from the Union.

At the end of January, the House of Commons rejected Cooper’s original amendment that would have extended the Article 50 process to the end of the year. But as time has passed the likelihood of a need to request more time has grown.

With the exception of a ‘No Deal’ Brexit – which MPs rejected when they voted on the ‘Spelman amendment’ in January – any Brexit scenario is now going to need an extension of the Article 50 process.

If MPs had this week been presented with, and backed, a Brexit deal, the legislation to bring that deal into law in the UK – a 100-page European Union (Withdrawal Agreement) Bill – will take time to make its way through the legislative process. This sort of extension is what is sometimes described by the EU as a ‘technical extension’ and would be for a matter of months.

However, with the EU still waiting for clarity from the UK about what sort of deal could command a majority in the House of Commons, a more radical idea has been floatedof forgetting about a technical extension and instead pushing Brexit back to 2021. In essence this would mean abandoning a 2019 Brexit with a transition period to 2020 or 2021 during which a new EU-UK relationship would be worked out.  Instead the UK would remain a Member State while it decided what it really wanted by way of a future relationship with the EU.

A delayed Brexit of this length would avoid the problems of a shorter extension running into the May 2019 elections to the European Parliament. Remaining a Member State would mean that the UK would have to return MEPs in this year’s election notwithstanding that the number of MEPs allocated to the UK have already been redistributed to the other Member States.

Nonetheless, it would also beg the question whether the EU – contrary to the position it has consistently taken – would actually be prepared to negotiate the text of a future relationship without the UK having become a so-called ‘third country’. The key advantage of having a negotiated deal in place at the moment that the UK left the EU would be that it could avoid the need to have an ‘Irish backstop’ as an insurance policy while negotiations on a future deal that would also avoid a hard border were on-going.

While one can see the advantages of a delayed Brexit, it would have profound domestic political consequences.

It would accept that the May Government had failed to produce a plan for the future capable of obtaining a consensus or even a majority within the Commons. If the Prime Minister cannot get a deal over the line with a technical extension to implement it, it’s difficult to see how either she or her government could carry on. Indeed, one might even consider that an extension of Brexit to 2021 would be a pretext for an early election to allow a new government to seek to build a consensus on a different way forward. In that way, it would be a proposal that would play to the Labour leadership’s preference for a general election as a way of unblocking the Brexit deadlock.

Delaying Brexit would create a significant rift in the Conservative Party between those who don’t want any delay to Brexit even if that means a No Deal Brexit, and those who want a softer Brexit or even for the UK to remain in the EU. It would also be a significant boost to Nigel Farage and his Brexit party who would claim that Brexit was being frustrated, creating futher tensions within the other main parties.

For those who want the UK to remain in the EU, the longer the UK remains a Member State, the greater the potential to build momentum around a new referendum and a Remain vote.

It is readily apparent, therefore, that a lengthy extension to UK membership of the EU wouldn’t merely create an opportunity to define a vision of a UK future outside of the EU, it would fundamentally reconfigure the domestic politics of Brexit.

More immediately, this all presents a very important choice for a new Cooper-Letwin Article 50 extension proposal.

Any extension needs the consent of the EU27. If the EU has come to the conclusion that an extension is EITHER a short-term technical extension OR a more lengthy delay to Brexit, then the Cooper-Letwin proposal would need to choose between these options.

If they go for a short extension it would be tantamount to accepting that Brexit will be a variant of the current negotiated texts with a risk that a No Deal Brexit could still happen if MPs refuse to back the deal.

If they go for a longer extension, it would recognise that only a No Deal Brexit had been largely taken off the table with a No Brexit option remaining in play as well as a potential change of government.

Whie the Prime Minister could have lived with an amendment giving a technical extension, an amendment that would significantly delay Brexit would be difficult for the Government to support even tacitly.  It would also be difficult for the Labour leadership not least because of the intense pressure on Jeremy Corbyn following this week’s spate of MP’s resignations from the party. The Labour Party may say it wants a general election but it is not obvious it would win given the internal divisions within the party over Jeremy Corbyn’s leadership.

Once again, issues of time profoundly shape what sort of Brexit – if any – will result. The fate of the Cooper-Letwin initiative may well depend on how much time they think is needed for an Article 50 extension.

There may be no deal in the desert but the sands of time continue to trickle for the UK and the EU.

One thought on “The Cooper-Letwin Article 50 Extension Proposal – How Long For?”