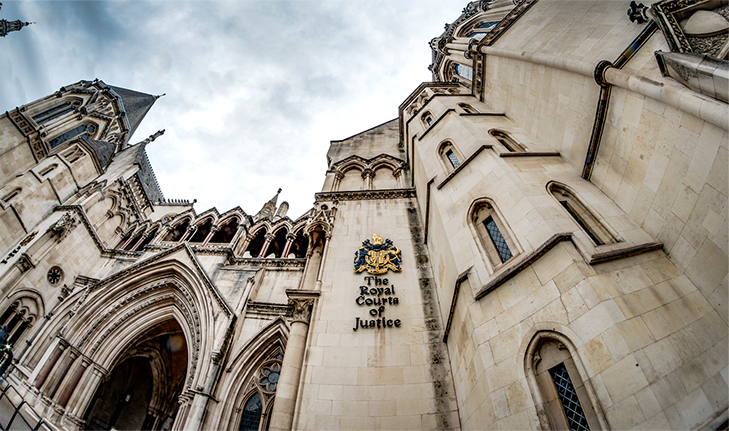 At the beginning of July, the United Kingdom Government published a consultation paper. It sought views on whether to permit courts other than the highest UK courts to depart from ‘retained EU case law’. Under the European Union (Withdrawal) Act 2018, other courts are bound by the precedents of EU case law – as that case law stood at the end of the transition period – when interpreting unmodified retained EU law. Only the apex courts of the UK Supreme Court (and exceptionally the Scottish High Court of Justiciary in criminal cases) could decide to depart from EU precedents.  The clear intention behind the 2018 Act was to ensure complete alignment with EU law following the UK’s departure from the EU, with only the highest courts empowered to diverge in very limited circumstances and for well-established reasons.

However following a change of Government, and using the European Union (Withdrawal Agreement) Act 2020 to amend the 2018 Act, section 6 was changed to introduce a power for UK ministers to extend the ability of UK courts to depart from retained EU case law (section 6(5A-5D)). The aim of the July consultation was to determine whether UK ministers should exercise this power. On 15 October, the UK Government published its response to the consultation. It concludes that despite a clear majority of respondents to the consultation being opposed to any use of this ministerial power, regulations will be forthcoming to allow the higher appeal courts in England, Wales, Scotland and Northern Ireland to depart from retained EU case law.

What’s the Government’s motivation for making this change? The Government’s position is that the end of the transition period represents a fundamental change in the context in which retained EU law and its associated retained EU case law should be applied and interpreted. Yet when Parliament initially enacted the 2018 Act the legal context was clear. Upon exit day, UK law would be fully aligned with EU law. Subject to anything in the Withdrawal Agreement, the continuing alignment or divergence of UK law from that baseline position would be a matter for domestic lawmakers and courts. For courts, the rule was simple. Only the Supreme Court (or the Scottish High Court of Justiciary) could depart from retained EU case law applying the same test as would normally govern a decision of those courts to depart from their previous case law. Other courts would be bound by precedents to ensure legal certainty. From a legal perspective, the beginning and end of a transition period only changes the context of the rules on interpreting retained EU law by extending the body of retained EU law and retained EU case law to include that which became applicable during the transition period. Nothing else changes from a legal point of view.

So when the Government talks about a change in context what it refers to is a change in political context and ambition. Whereas under the May Government, the trajectory of Brexit was towards a certain degree of continuing alignment with EU rules – for example, a common rulebook for trade in goods – the form of Brexit which the Johnson administration is pursuing is predicated on maximum regulatory autonomy for the UK and the power to diverge from EU law. While we typically think of this in terms of the adoption of new domestic laws that will change and modify a body of domestic legislation derived from EU law, it is clear that the UK Government believes that the judiciary also ought to be a driving force in securing ‘appropriate and timely development of retained EU law’. Indeed, the ‘policy aims’ of the proposal to extend the power to depart from retained EU law are said to be to enable, ’more courts to depart from retained EU case law, whilst at the same time maintaining legal certainty across the UK’. In other words, divergence from EU law is an aim in itself and one which the Government believes the judiciary should facilitate.

Divergence and the Decision-Maker

But even if we accept that this is the new political context, it has very different implications depending on who the body might be that would be making the decision to diverge. A sovereign UK Parliament does not have the same constrains on it as are imposed on UK ministers or on devolved legislatures and executives. Indeed, debates around the United Kingdom Internal Market Bill and the Scottish Government’s proposals for a ‘Continuity Bill’ (to allow Scottish Law to keep pace with EU law in areas of devolved competence) reflect highly contested views about when and why different decision-makers can, or must, align with, or diverge from, one another or from EU law. That the judiciary should become embroiled in these sorts of controversies is to draw the courts into the political arena. It is also to give UK courts the sort of power that many who supported Brexit did not believe ought properly to rest with courts rather than elected politicians.

Courts as Obstacles and Drivers of Change

The Government has conceded that the power to depart from retained EU case law should not extend to the lower courts given the risks that this might encourage speculative litigation and give rise to different interpretations by courts and tribunals across the constituent legal jurisdictions of the UK.  Rather, engaging the higher courts of appeal both relieves the UK Supreme Court of the burden of determining cases seeking a different interpretation of EU case law in civil cases, while also affording the Supreme Court the benefit of an appeal court decision that tests a claimant’s proposition that a different interpretation of CJEU precedents is required. But whatever the pragmatic benefits of the proposed change, it seems clear that the current UK Government is unhappy with the position under the 2018 Act that essentially gave the UK Supreme Court a monopoly over the decision to depart from EU case law in civil cases. The UK Government appears anxious that the Supreme Court could become an obstacle to its policy aims of a more rapid divergence of UK law from EU law. Indeed, it is apparent that the Government was tempted to go further. Its response to the consultation notes: ‘…it is arguable that the policy aim of enabling decisions on whether to depart from retained EU case law to be made in a more timely manner could be better achieved by Option 2 [the option of extending the power to lower courts].’

Taken together with the UK Internal Market Bill and the role that it will give UK courts in applying and enforcing market access principles in ways that constrain devolved regulatory decision-making, there is a sense that the current UK Government wants to create opportunities for litigation as a disruptive force towards free market ends. Ironically, this was often the criticism made of EU law and its free movement case law, inasmuch as it empowered economic interests to challenge local regulatory choices. In freeing itself from the discipline of EU law, the UK may yet be seeking to replicate aspects of that discipline but harnessed towards the ends of regulatory divergence and greater regulatory competition.